The aim of this project was to create a low poly model of an animal. 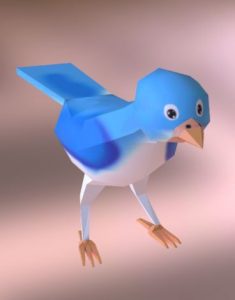 In the early stages, I wanted to make an animation of a bird that couldn’t fly but hopped around. To convey this meaning one of the storyboards was of a bird flapping its wings but not able to lift off. But to create more interest and innovative idea the bird then developed into a curious, quick, hungry bird that jumps, looks around, finds something of interest and pounces. 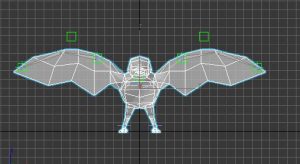 Learned a lot of great tools mostly through Youtube tutorials. Created different versions of the bird, each time trying to generate a better version with more personality and efficiency but still a rather low polygon count. 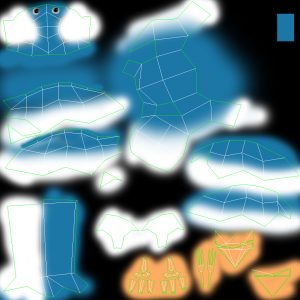 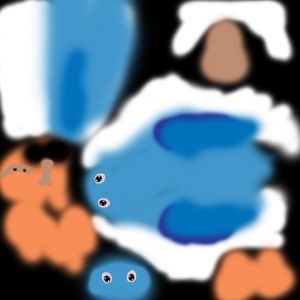 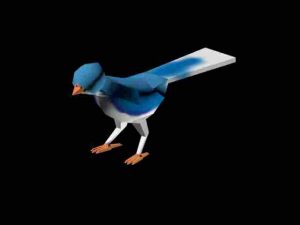 Learned how to unwrap uv maps to then export into photoshop. By manually unwrapping uvs it was easier to correct deformation problems of textures. For example had to separate the polygon faces were the eyes are located because when painting them on the polygons when they were still attached to the rest of head, neck and body, the polys were slightly deformed so when placed back the round eyes would become loopsided and deformed like they were melted. Once these polys were painted on the relaxed uvs it would retain most of its original intended shape. 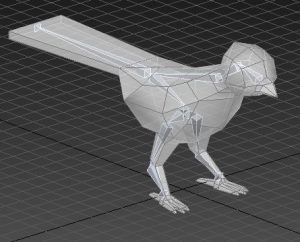 Learned how to create bone systems, with ik solvers, point helpers and controllers. Although I developed a system for the bird with wings for flapping and folding, I ran into some deformation troubles when I wanted to fold the wings in for the animation after all the rigging had been done, this was due to not testing the wing in that position at an early stage. Therefore had to restart the bones system from scratch due to changing the bird form to have no wings.