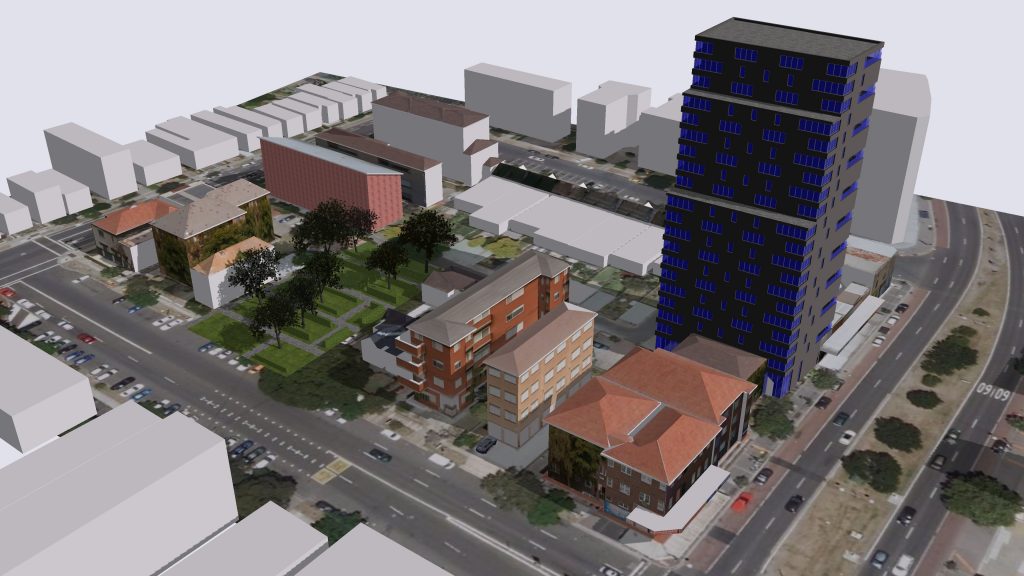 In this course the aim was to model a city block from Randwick inside of CityEngine. Once analysed it had to be re-modeled to meet course requirements of one high-rise building and a green space. Both spaces were strategically placed to have a the best impact on the surrounding city blocks solar access and air ventilation. The high-rise is placed so that in the afternoon, its shadows fall upon a small lane that runs through the block therefore not reducing solar access to surrounding buildings.

All the buildings including a strip of heritage listed houses that run along the southern part of the selected block were modeled in City Engine. All the roofs were custom build to create buildings that were as close to the real block as possible. This model of Randwick within CityEngine shows building attributes such as energy consumption.