I was tasked to create a cutout puppet animation for one of my classes and make it do a movement such as a jump, leap or swing. But first I had to figure out the basics of how this type of animation works, so I made a draft puppet and simple quick animation.

I created a simple puppet out of black cardboard, by folding the paper in half and cutting the legs, arms, hands and feet so that I would get the mirror effect, having the same shape on both sides. Then I cut out the main body torso, neck and head. 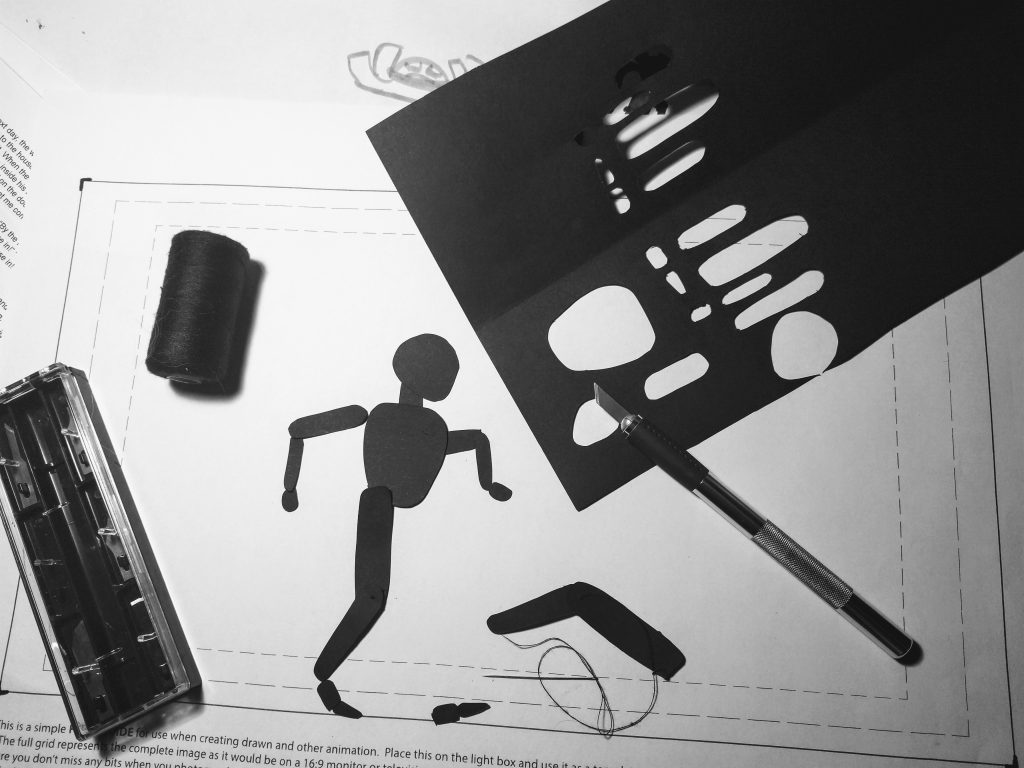 Now to transform it from pieces to a whole I had to put it together. Since I didn’t have any paper fasteners, I used black str

ing to sow the connections together. Creating a knot on one side then trying to knot it on the other side, I quickly realised that this method was very time consuming and inaccurate since the knot at the back had to be as close as possible to the paper or the same length as

the other limb. Otherwise, you would end up with one leg having a longer joint and more movement than the other. So to try to fix this and speed up the process (as well as saving my eyes from further strain of tieing knots) I tied one knot at the front of the puppet (so what the camera would see) and on the other side I used some tape to secure it. This way it could be tight or as loose as needed. The only issue is that sometimes since the thread is quiet fine it would slip out from the tape and become too loose.

Thinking back now another option that could work is to tie the strings from two limbs together, such as the two arms, so that they would even each other out. 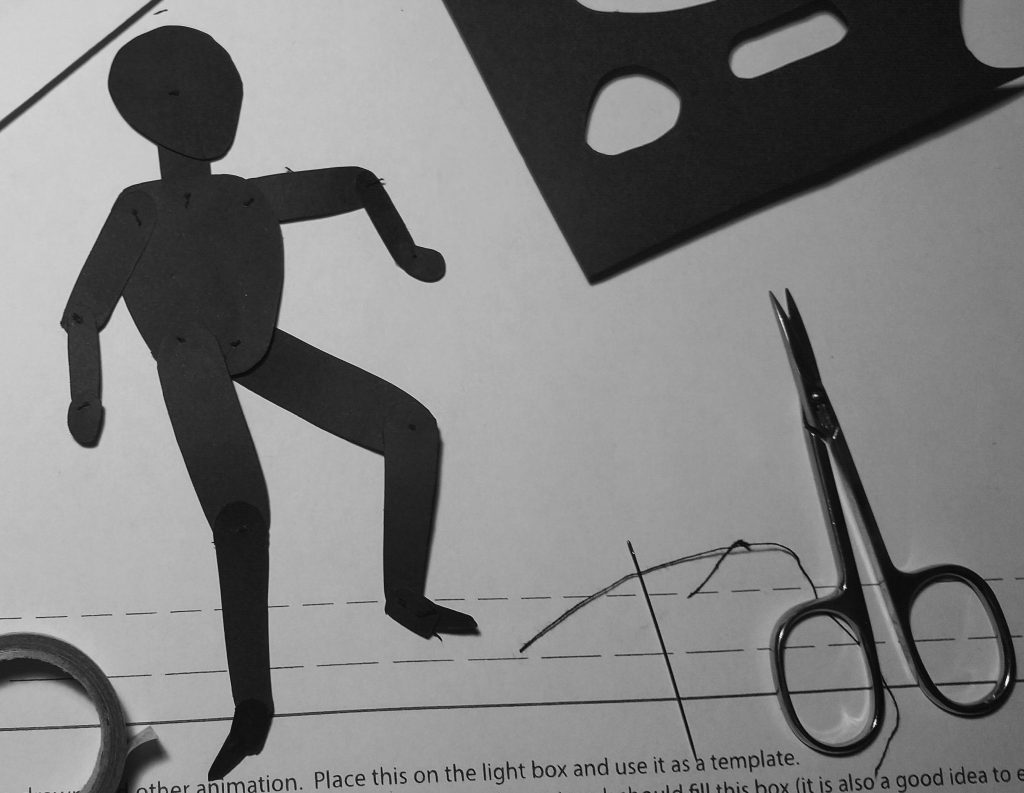 So now that I had created the puppet and it was all joined, it was still lifeless and slightly eerie looking when it was held up by its core like a hangman’s limp body. So the stop motion began. Unfortunately, I had forgotten to bring a tripod and there were none available to borrow from the academy so I improvised by using a stack of books and a magazine holder stand to create a tripod to hold my camera. Not the steadiest of structures but it worked for the purpose of a rapid prototype. 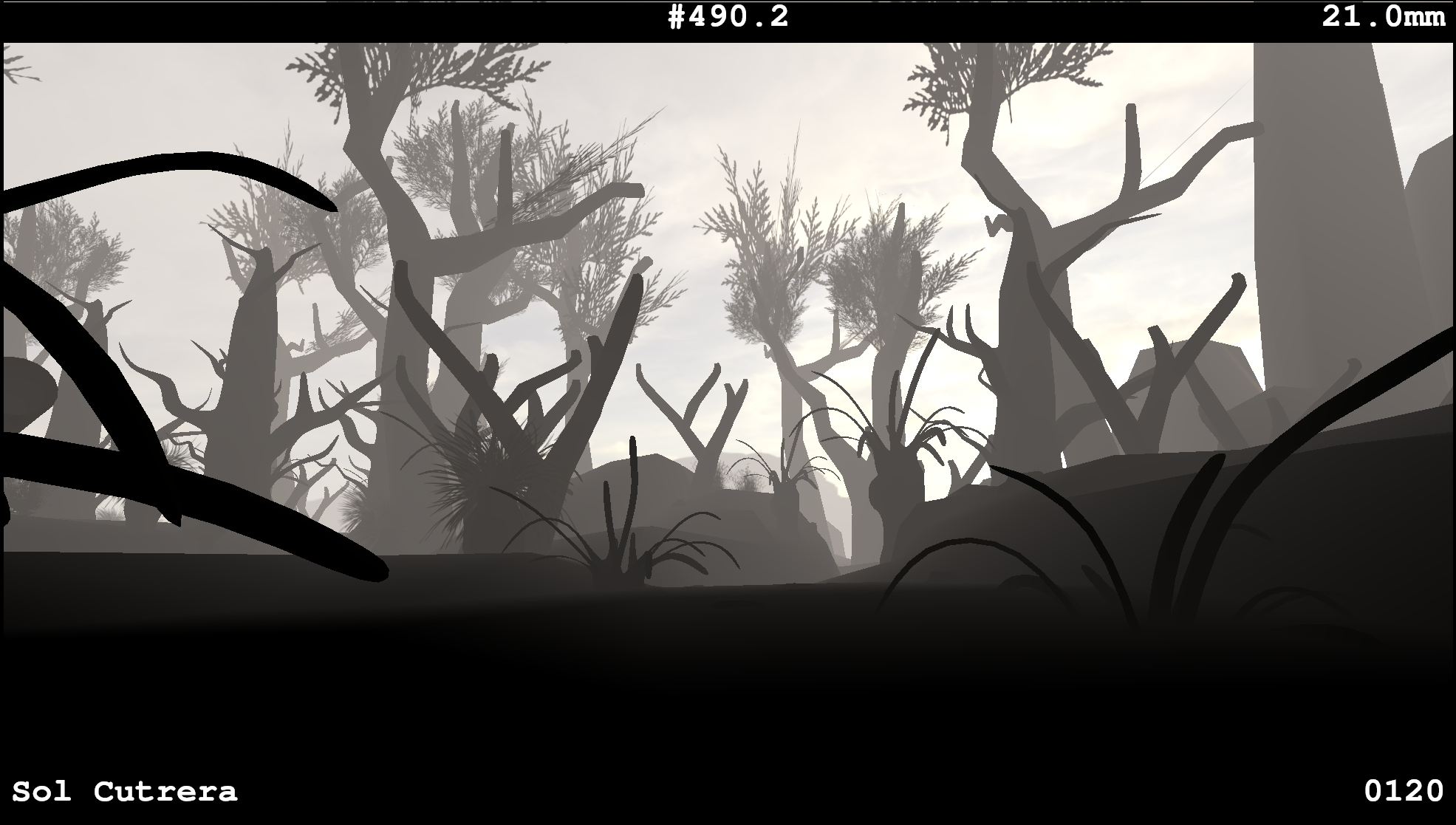 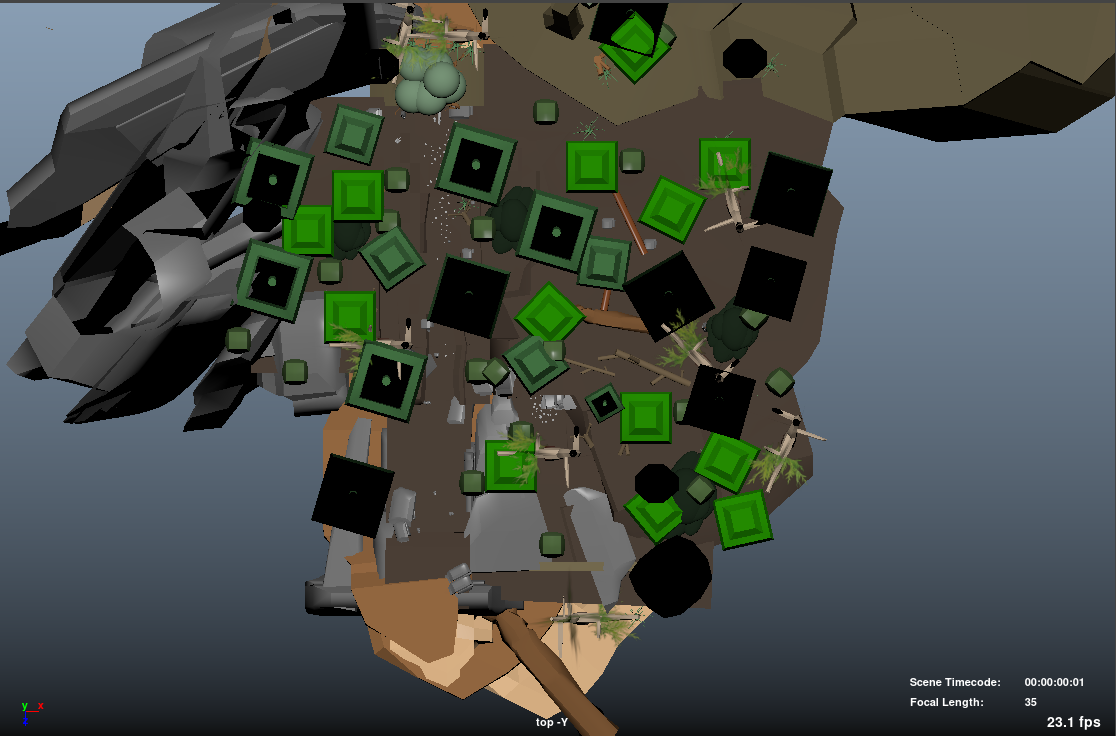